Use a claw machine arm to harness the just about endless supply of fish right in your own living room!

Grab as many fish as you can within the set time limit. Faster fish give more points! Includes a regular mode where fish stay up side up and a rotating mode that does a lot of wonky physics stuff.

Born from the wisdom that any game is made better by being able to fish in it, ClawFish was created during a 2 1/2 day game jam by a group of students who only know fishing from video games.

Very fun game! The first few times I played it everything worked fine, but after a few try agains the fish stopped spawning in the tank and instead just disappeared so I was left with an empty tank and the clock ticking down.

Other than that I did enjoy it as long as there were fish in the tank, the music really added a great feel to the game :D

I don't know if you've heard of Game Development World Championship before (gdwc2019) but it's a competition for indie game developers where they can submit their games and it's free! It's great if you want some more visibility for the game and it only takes a couple of minutes to join :)

Thank you for the feedback! I haven't heard of GDWC yet, so thank you for bringing that up to me as well!

Easier and more fun than fishing with a rod, but often fish have bugs in their physics,(especially when they appear at the end of the game time) that remain floating in the air or stay still, and in the initial menu, there is a cyan fish that swims in reverse.

Thanks! I'll just turn that cyan boy around then. And do you mean when the time runs out and score is displayed?

Yes, those physical bugs appear right at the point you just asked me. 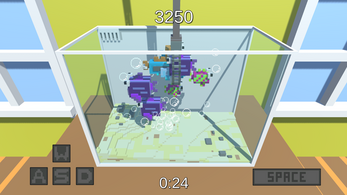 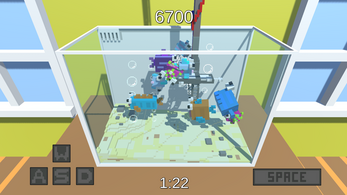 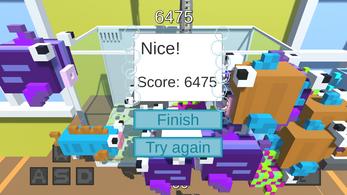